Shopping Cart
Your Cart is Empty
Quantity:
Subtotal
Taxes
Shipping
Total
There was an error with PayPalClick here to try again

Thank you for your business!You should be receiving an order confirmation from Paypal shortly.Exit Shopping Cart

Together, Change Is Possible.

It's Not About Me, It's About Us. It's About Assembly District 101. Our campaign focuses on bringing real, lasting, and positive changes through progressive policies and advocacy.

Matthew Mackey will run for office in 2022. Should xe win, Matthew will become the first nonbinary elected representative in New York state level government . Xe has many intersectionality's that allow xim to connect with a diverse group of individuals.

Our campaign is focused on bringing real, lasting, and positive change through progressive policies and advocacy. Most importantly, we’ll be listening to the voices of the people affected by those changes.

Upstate New York needs transformational policies that balances the economy and resource requirements of the rural areas and urban districts. Policy experts, community activists, and the government need to work together to solve our state’s issues, lower the tax burden on the middle class, and create an excellent society for everyone who lives here.

Now Is the Time for Change

The fight for social and racial justice has been going on for years. Matthew is running for office in hopes of becoming a catalyst for change. Xe can make systematic changes because xe knows how to connect community members with policies. As of now, xe is pursuing a master’s degree in social work.

If you’re interested in supporting our cause, please feel free to volunteer or send a donation.

Matthew was born in Poughkeepsie, New York and grew up in and around the Hudson Valley. Xe spent time in both Bloomingburg and a quaint little apple farm called Mackey Farms in Milton, where xis grandfather and uncle grew apples and raised goats and other livestock.

Xe learned basic American sign language since both of xis parents are deaf. Even before xe realized what an advocate was, Matthew was already advocating.

In 4th grade, xe won a disability awareness art contest for New York State and advocated for sign language interpreters at school functions. As a teenager, Matthew discovered xis love of music and theater. Xe attended SUNY Fredonia before transferring to Marymount Manhattan College (MMC) in 2007 to pursue a Bachelor of Arts Degree in Theater, minoring in Musical Theater.

Matthew has been an advocate for the LGBTQ+ community since xe was an undergraduate at Marymount Manhattan College. In fact, xe created the first LGBTQ+ student organization on Marymount’s campus in 2008. The following year, xe helped organize Marymount students to attend the National Equality March in Washington, D.C.

In 2011, Matthew petitioned on behalf of a binational same-sex married couple facing deportation. Xe was able to garner more than 20,000 signatures, and the petition was sent to President Barack Obama. They were able to win the fight, and the couple was allowed to remain in the country.

Learn more about their case by reading the following articles:

While they were gathering signatures, Matthew also worked for a national chain restaurant as a host, server, and bartender. Eventually, xe became a new store opening trainer with the nickname “Sprinkles.” Xe traveled across the country, visiting various locations and meeting people from all walks of life. Shortly after leaving xis position, xe started working in the healthcare industry. This is where xe learned just how complicated the insurance and medical world are.

Xe worked in different patient representative positions before xe became an adviser for families who have children with special needs. Xe advocated on their behalf to insurance companies, providers, and billing companies. Matthew also took care of solving complex problems so that parents can spend less time on phones and more time with their families.

Aside from being a family adviser, Matthew also volunteered for organizations, animal sanctuaries, food pantries, and LGBTQ+ community centers. Part of Matthew’s passion for helping disenfranchised communities lie in xis dream of seeing a socially just world. Xe hopes for a world where everyone has an equal playing field and where everyone can exist without fear of rejection for being who they are.

Matthew became politically active following the 2016 election. Following xis passion for helping communities, xe decided to pursue a master’s degree in social work from Adelphi University, which xe will finish in 2022. Here, xe continues to learn about how legislation and policies affect individuals, families, and communities.

Matthew is currently a founding co-editor-in-chief at The Adelphi Advocate, a student-run social work publication focused on identifying issues within community groups and advocating for policy change to address those issues. The first publication will be released in the Fall of 2021.

While Matthew was operating with the National Association of Social Workers – New York State Chapter (NASW-NYS), xe was able to work with the policy team and advocate for policy change to legislators. Xe also helped shape the legislative agenda and facilitate classes on advocacy where xe taught social workers how to support others and make changes.

Matthew prides xemself on being a dragtivist (Drag Queen Activist), whose drag persona is Carbie Wantaciao. Xe helps make changes in the LGBTQ+ community one performance at a time.

Matthew sees the possibility of a socially just world, but we must have the political courage to step outside the box and typical Albany politics. A world where people can be who they are without fear, rejection, or discrimination. To do this, we must not only address social justice issues with policies, but we must also change the cultural narrative. We must address the deep root of racism, sexism, homophobia, xenophobia, ageism, and ableism by meeting it head on. We must address corruption in government using accountability.

Matthew strives to see a socially just world, that works for everyone, not just the wealthy, powerful, and privileged. Xe will make sure that schools are equally funded and ensure that health care is accessible to everyone.  Xe will create systemic changes by connecting policies to the people who xe serves. But this campaign is not about Matthew, It is about all of us collectively. Matthew hopes to inspire a new generation of leaders, of people just like you to run for office and make change because Together, Change is Possible.

On the Farm with Family

When I was in Detroit as a New Store Opener

When I helped organize a group of marchers to Washington D.C. 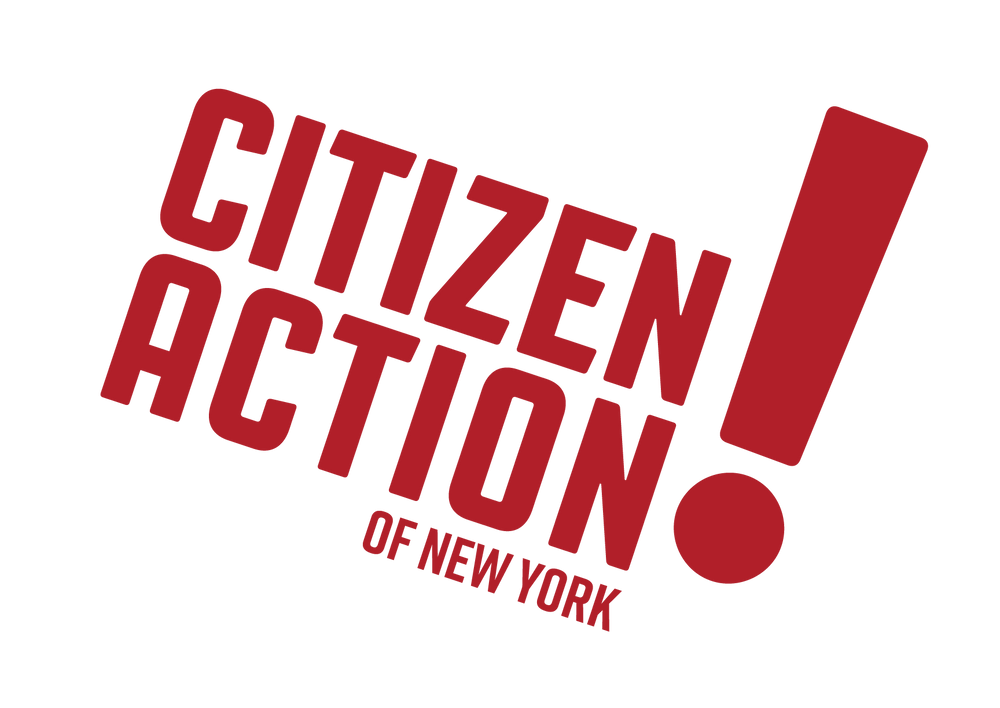 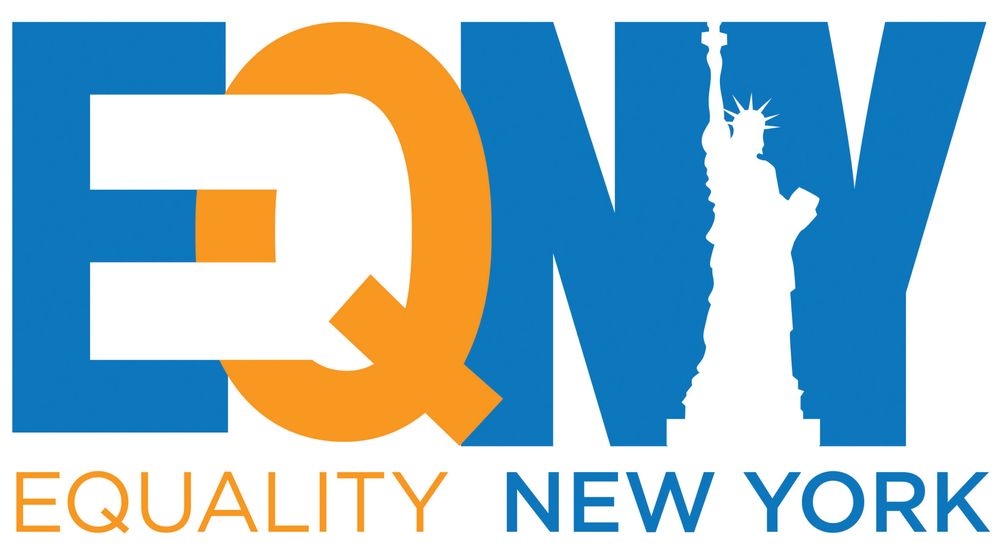 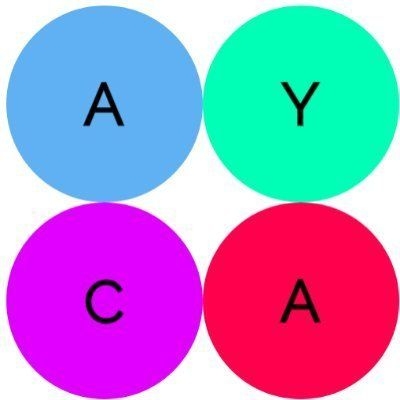 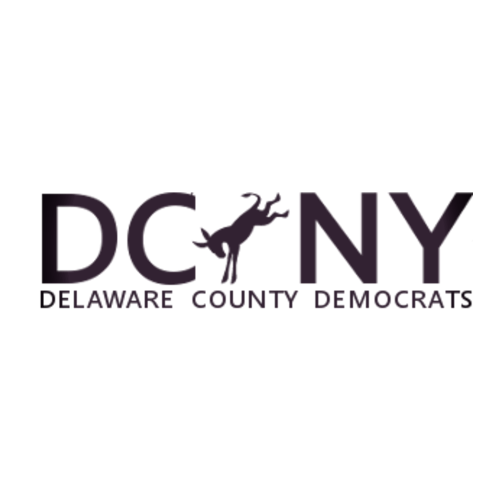 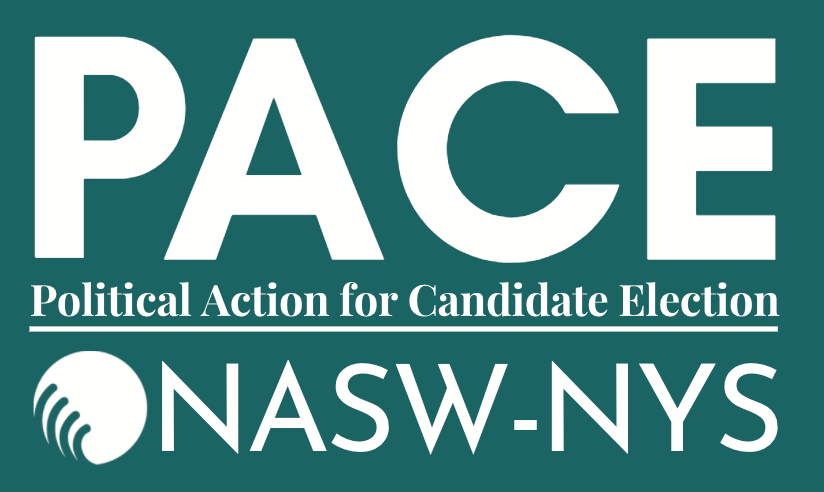 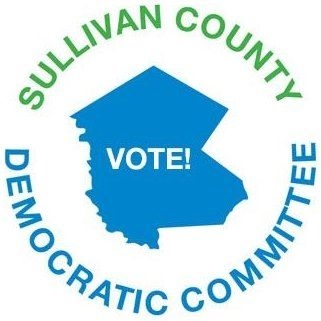 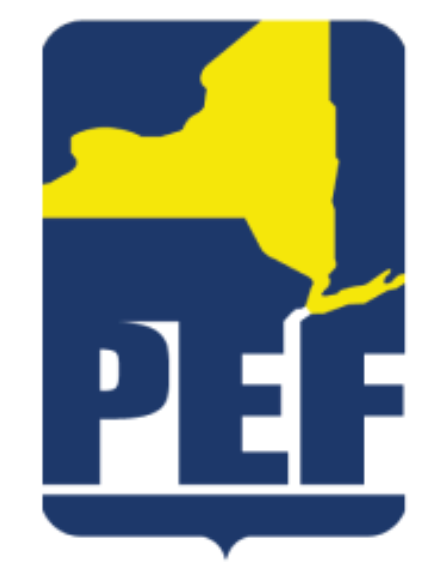 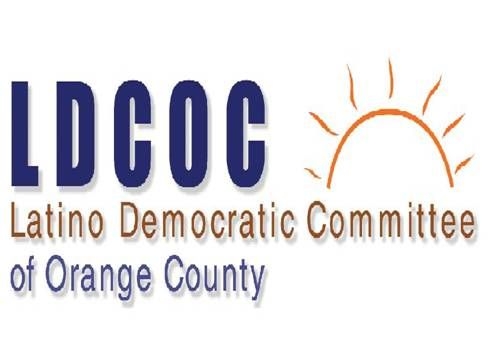 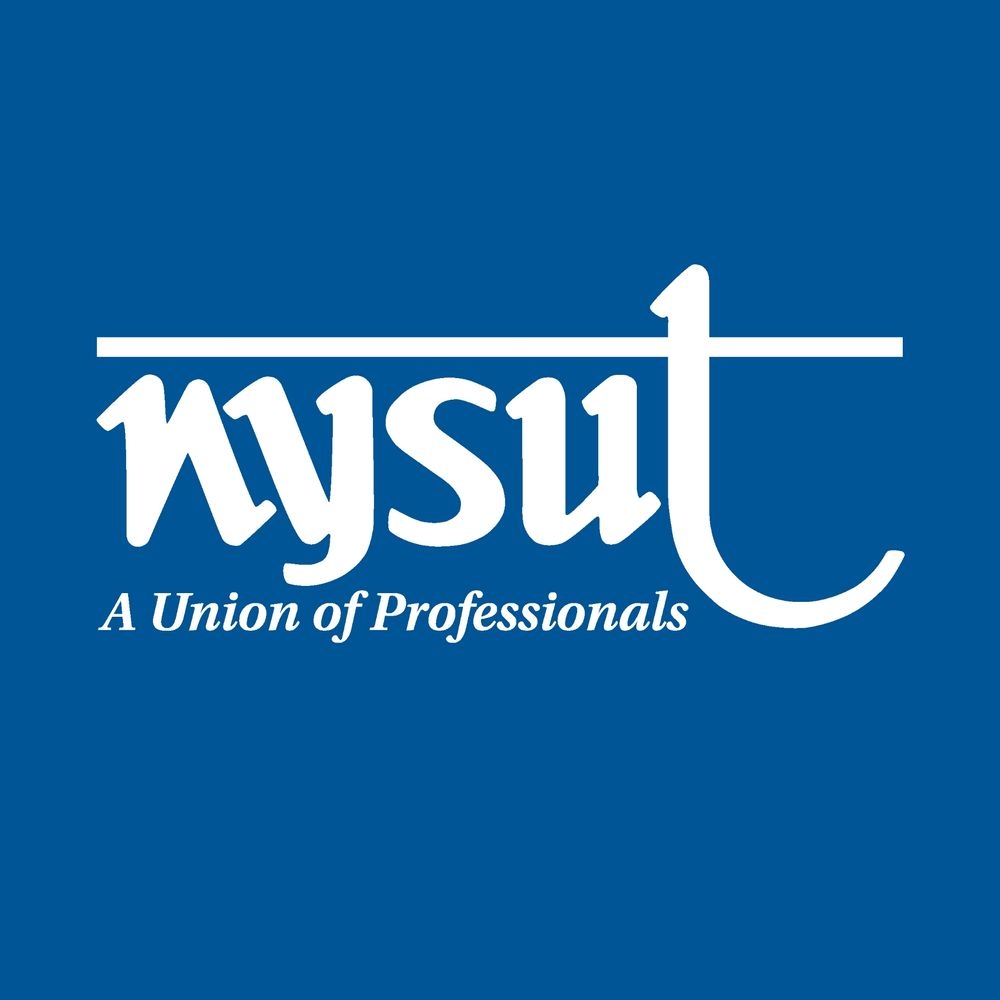 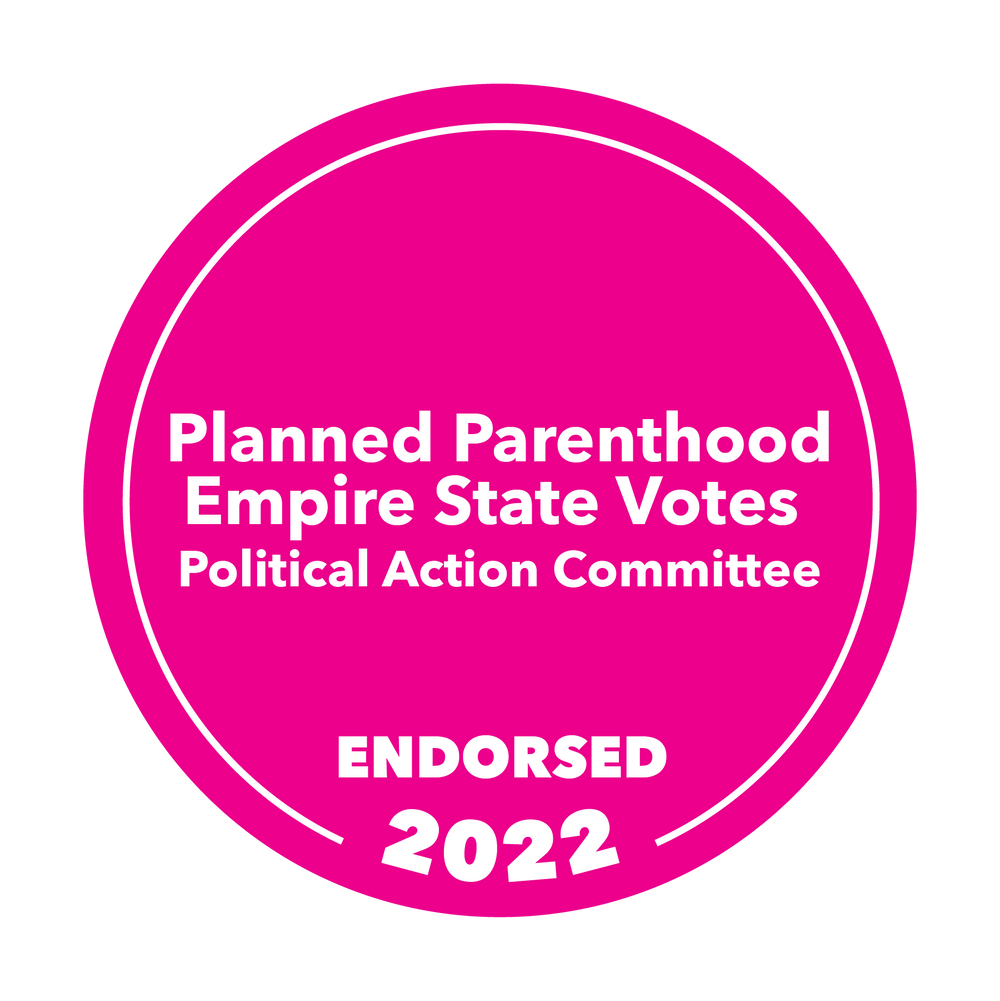 Get to Know Matthew’s Platform

"As an active community advocate and a forward thinking Individual, Matthew is an excellent candidate for office. Xis plans for social and financial equity as well as Universal Healthcare for New Yorkers are progressive and are an excellent model for the rest of the country to follow. Furthermore, xis innovative ideas regarding pandemic response, unemployment benefits, and training opportunities will directly invest in our communities and our state, while creating job opportunities for countless individuals.

New York has been in a need of a way forward, and Matthew's way will point us in the right direction."

Having known Matthew for a number of years has been a pleasure. Matthew is a very intelligent, wise, young person. Xe is knowledgeable about many topic. Xe is a caring and compassionate individual and a pleasure to be in xis presence. I would vote for xem without hesitation simply because xe cares about people and perceptive of their needs. Matthew is a loyal person and as a representative he would do what is beneficial for his constituents regardless of how controversial or popular the cause may be. He is an honorable, loving, and insightful person who will always do as much as possible for those in need of change to improve their lives.